We did a Culinary Backstreets walking tour, which was a great way to explore the Centro Historico, visit Mercado de San Juan, and taste wonderful street food with a knowledgable guide. The tour ended at one of four Pegasus sculptures by Agustin Querol located in the grounds of the Palacio de Bellas Artes (Palace of Fine Arts). 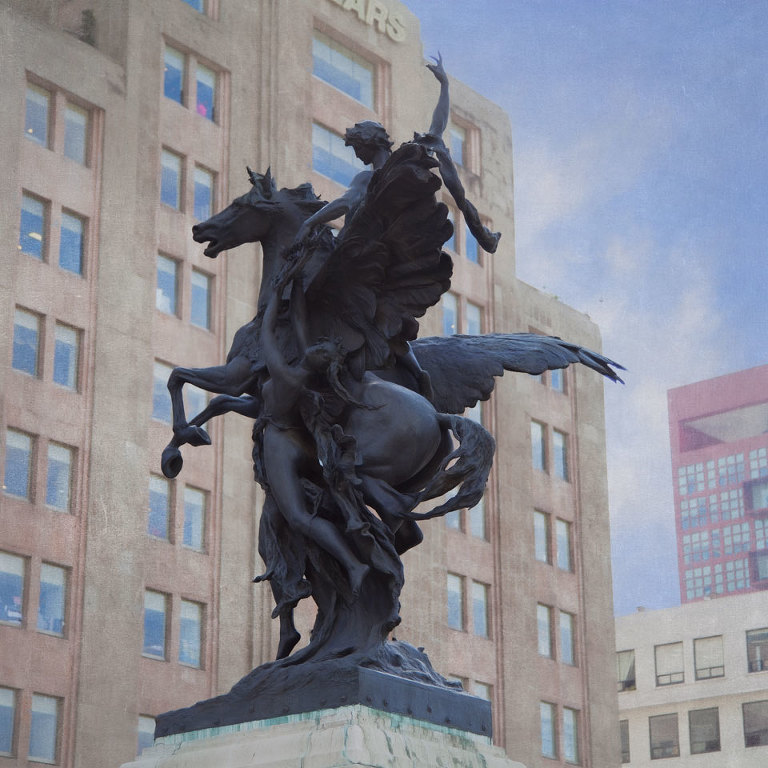 We walked to the Zócalo (Plaza de la Constitution) where there was a Dia de los Muertos display in honour of José Guadalupe Posada, a Mexican political cartoonist who used images of skeletons to critique affluent society. 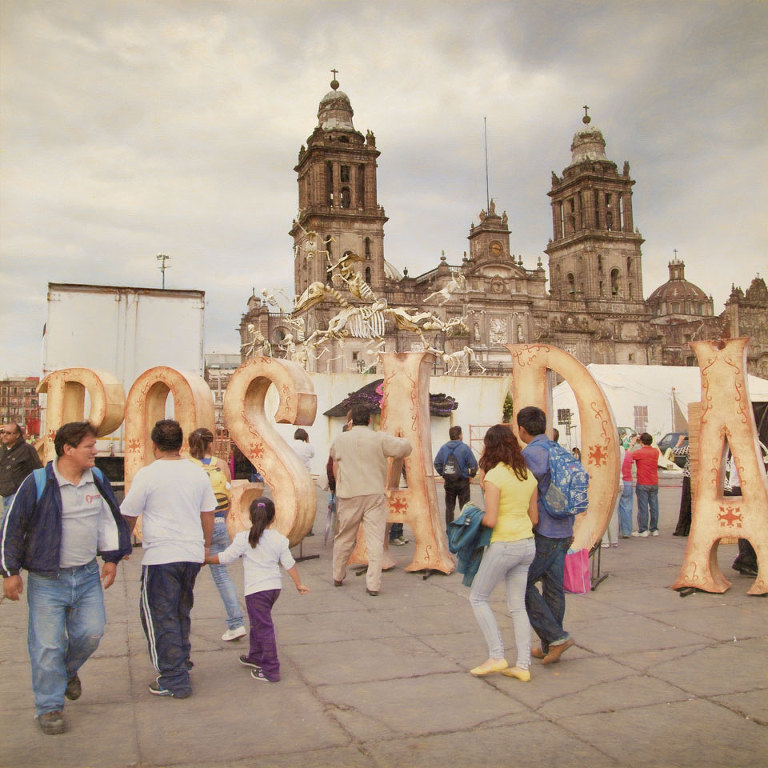 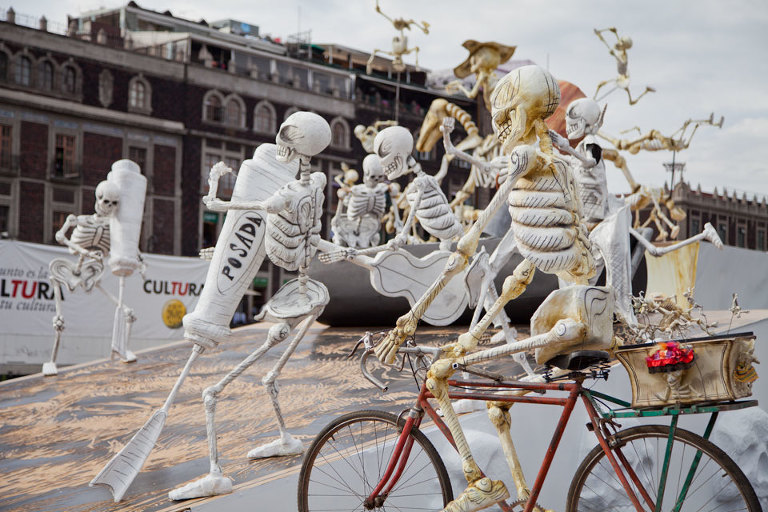 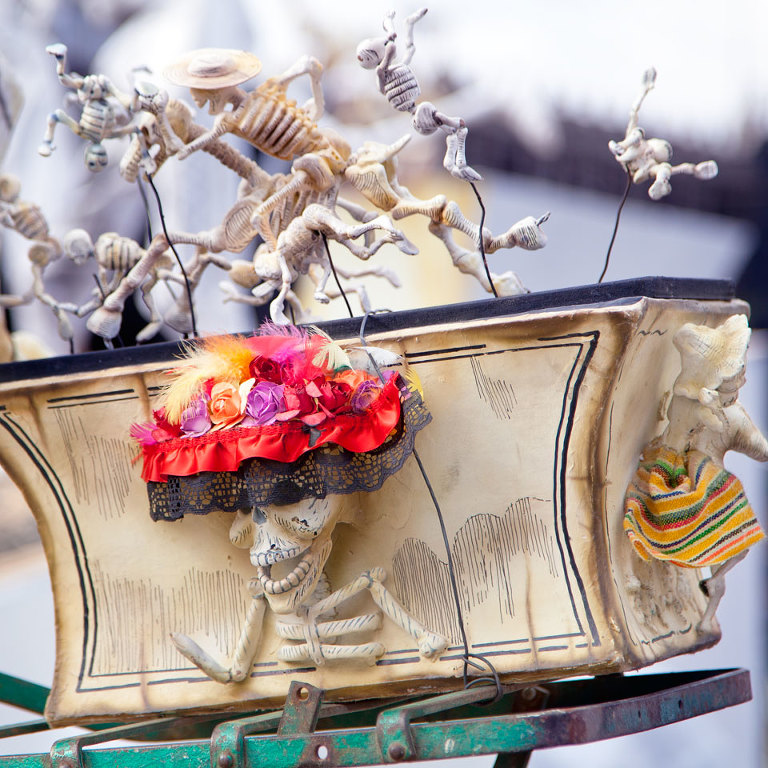 Detail of skeletons on the bike basket 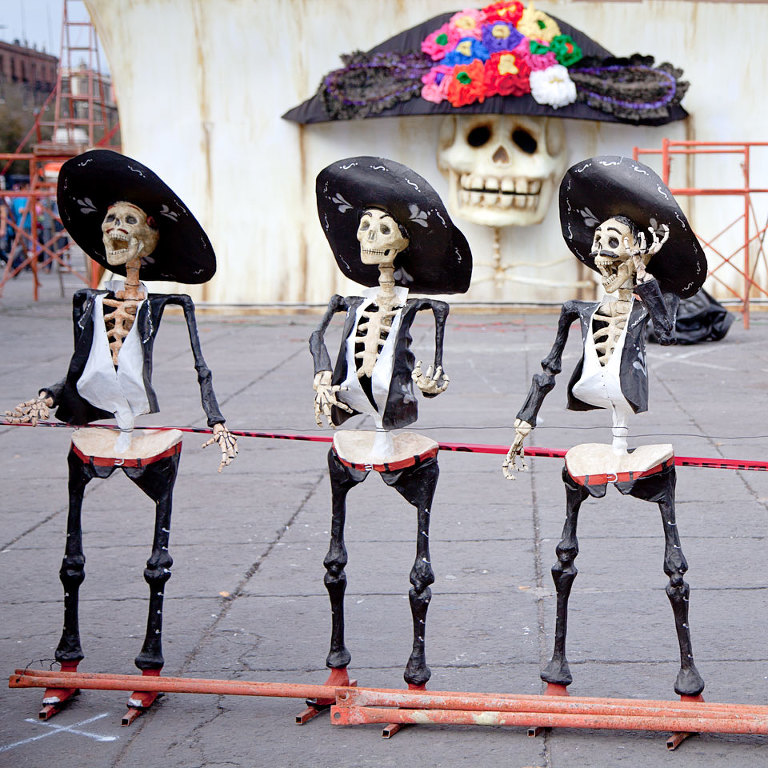 Then we took a taxi to Nuevo Polanco, to the Museo Soumaya in Plaza Carso, which is a stunning aluminium clad building designed by Mexican architect, Fernando Romero. It’s a private museum but entry is free, and it’s a very popular place to visit. I liked the quaint and kitsch religious art, in particular. 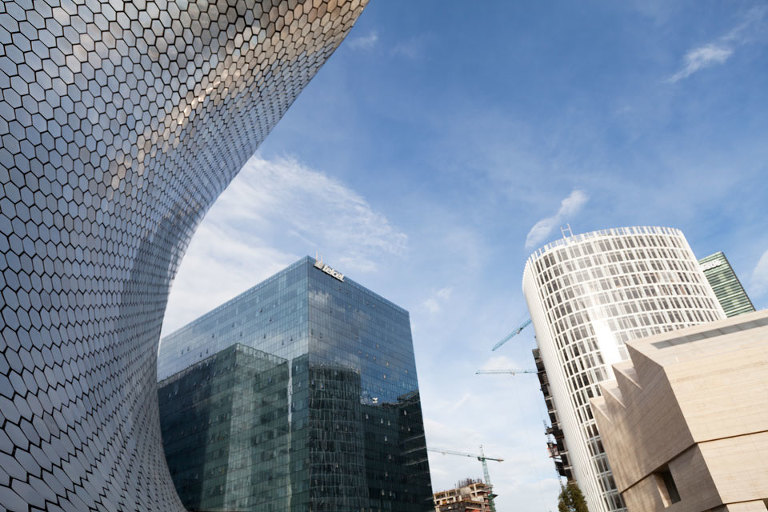 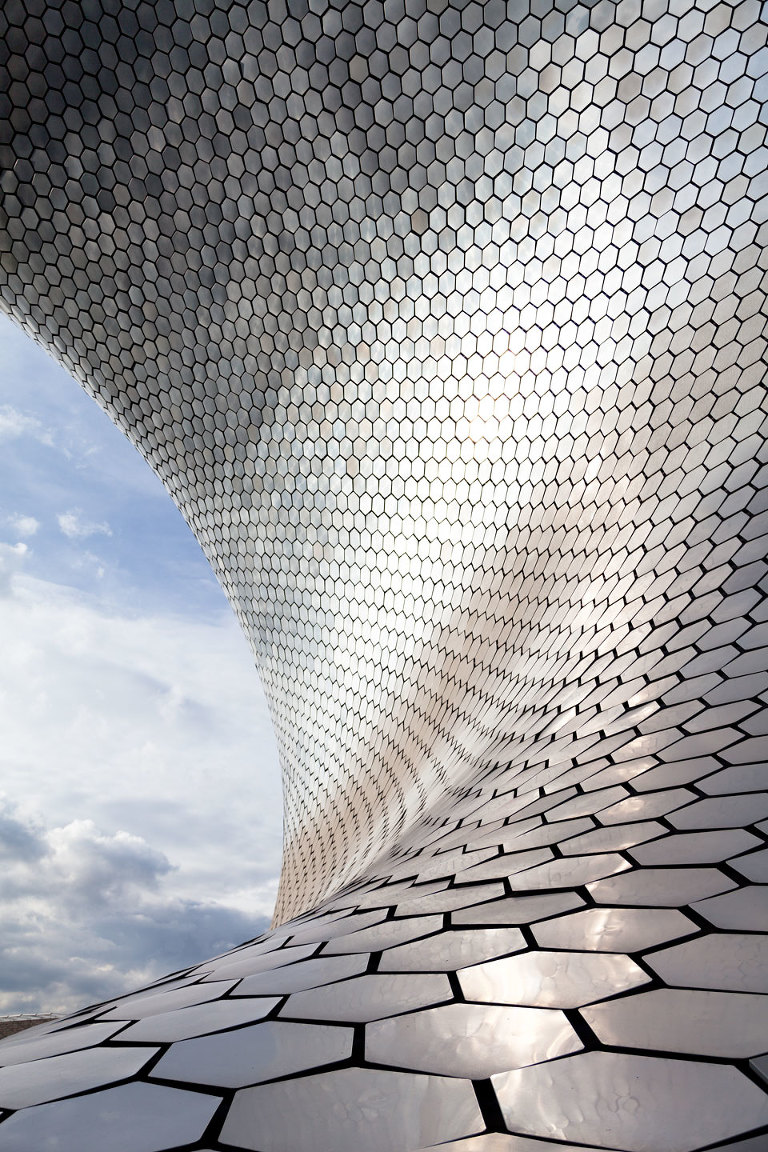 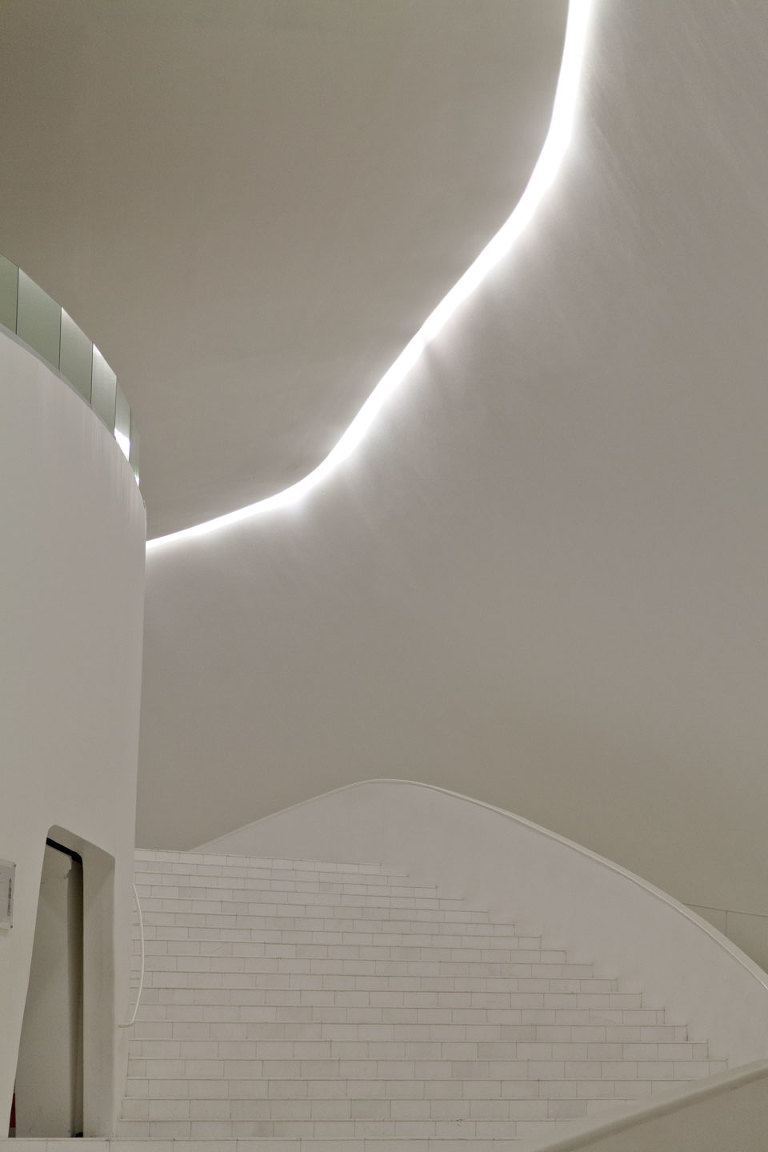 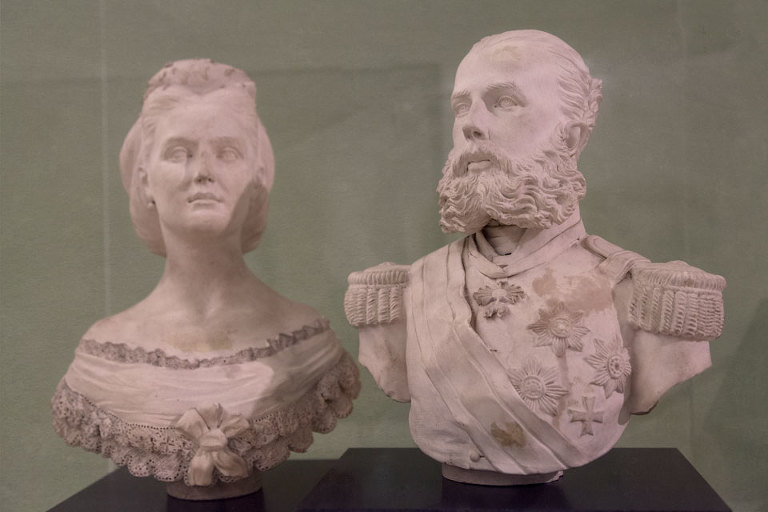 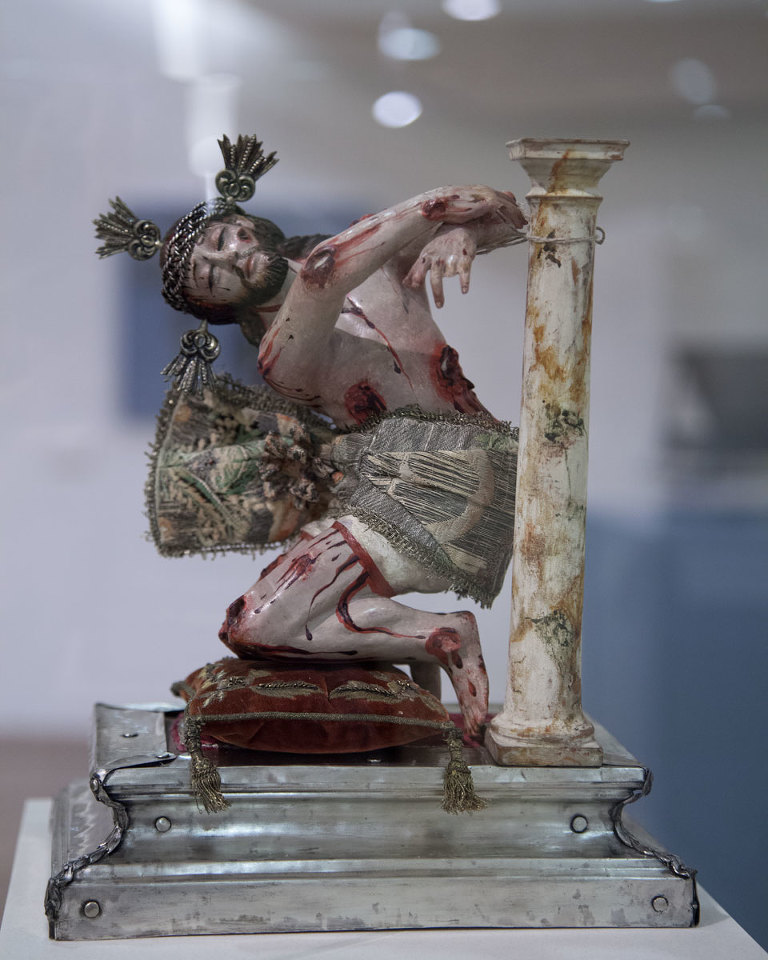 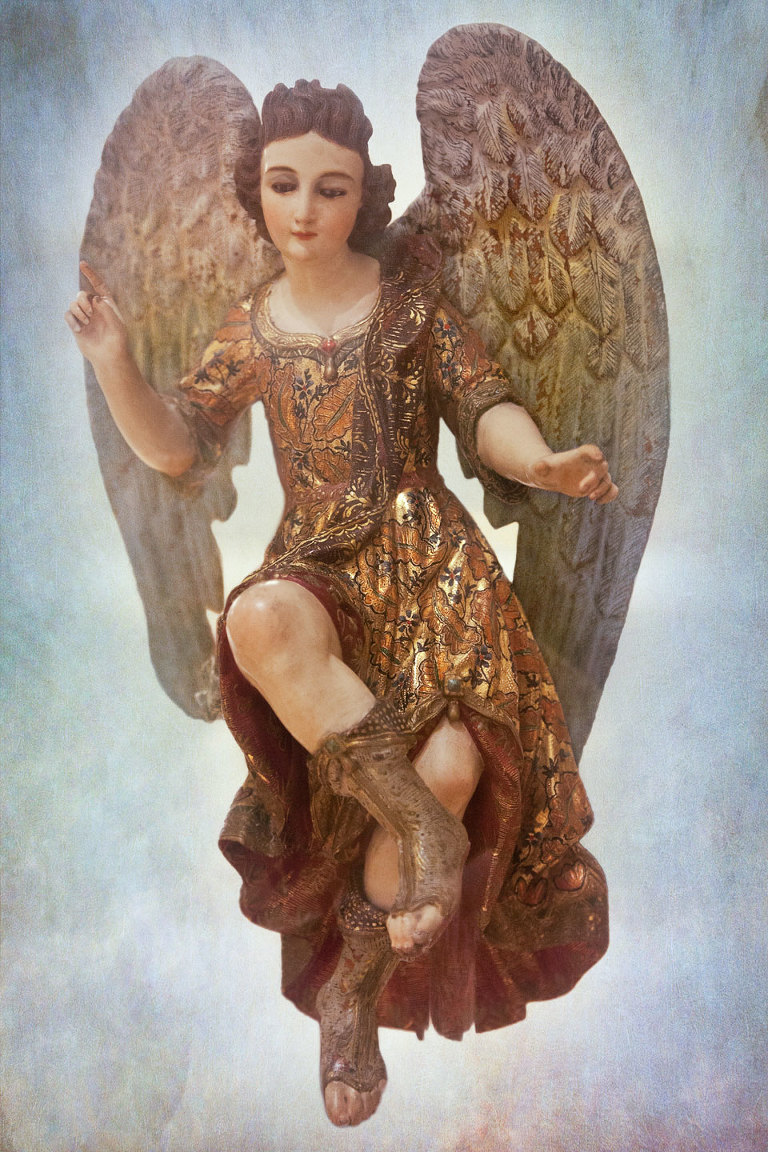 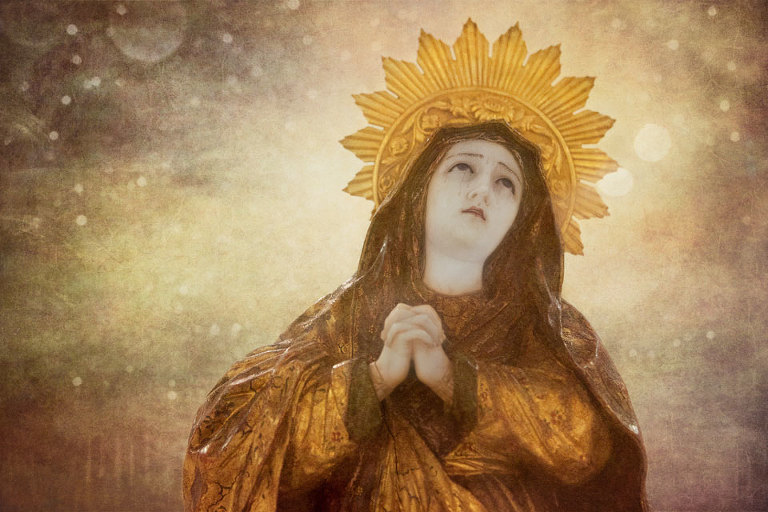 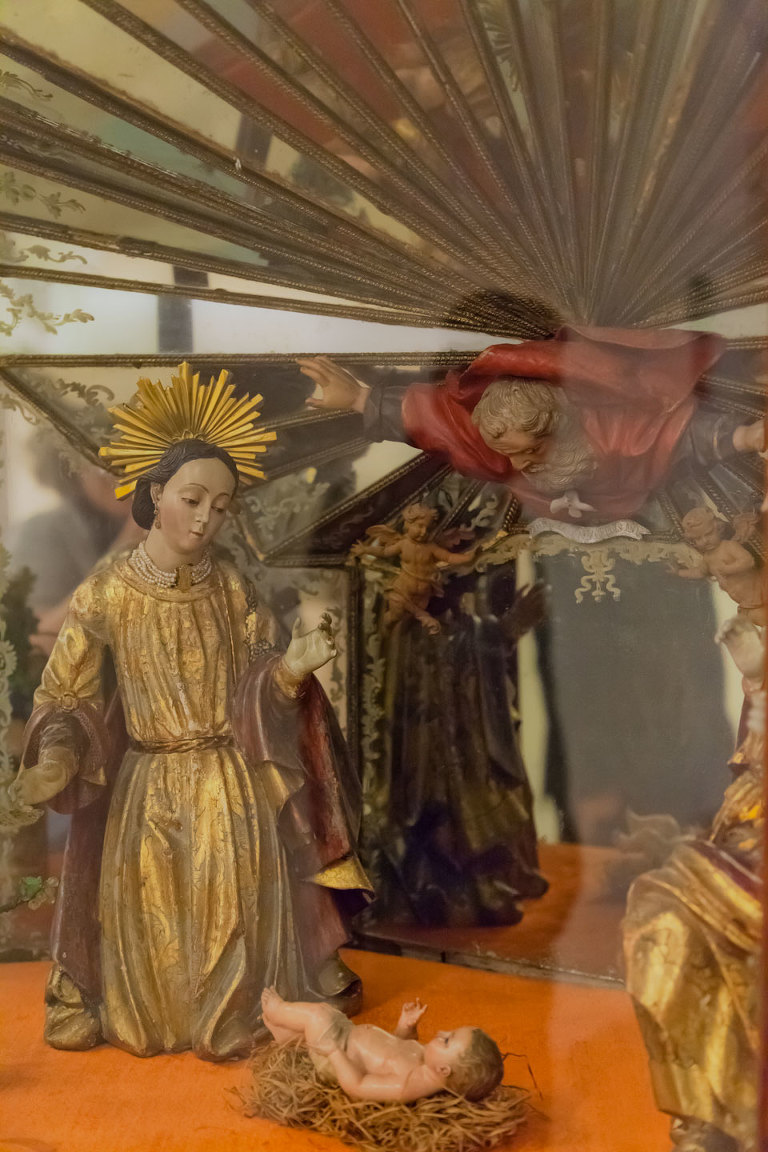 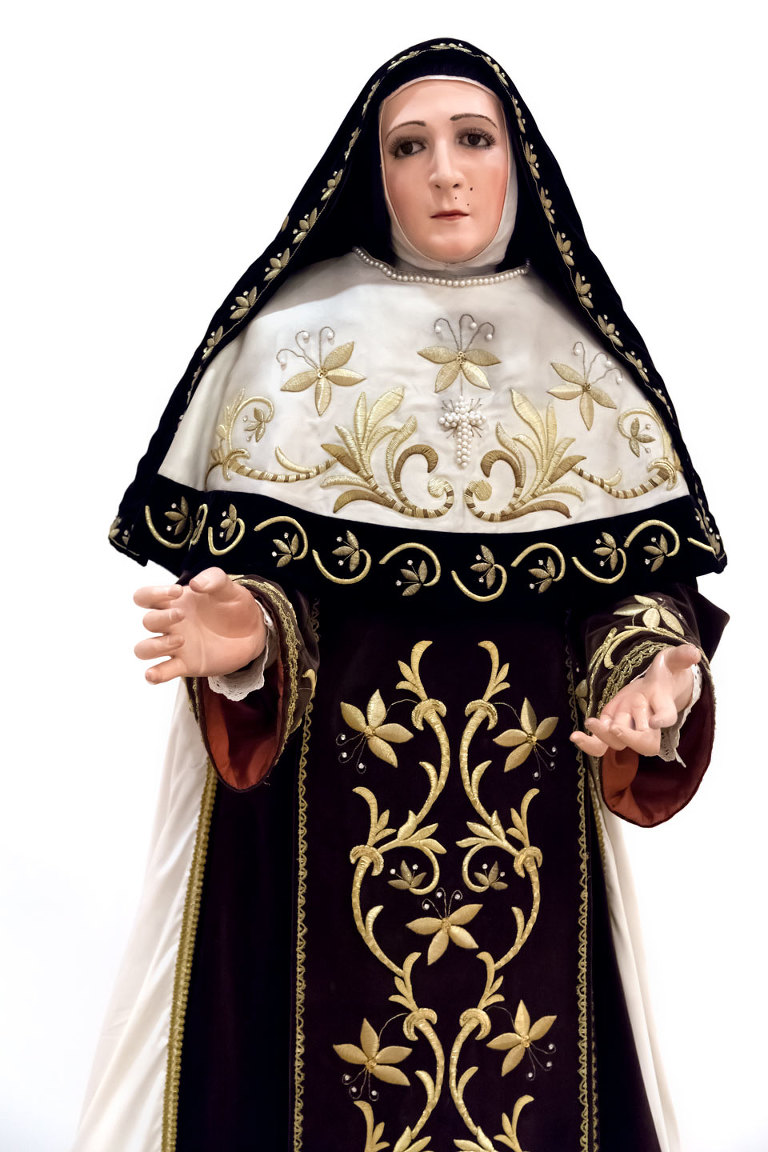 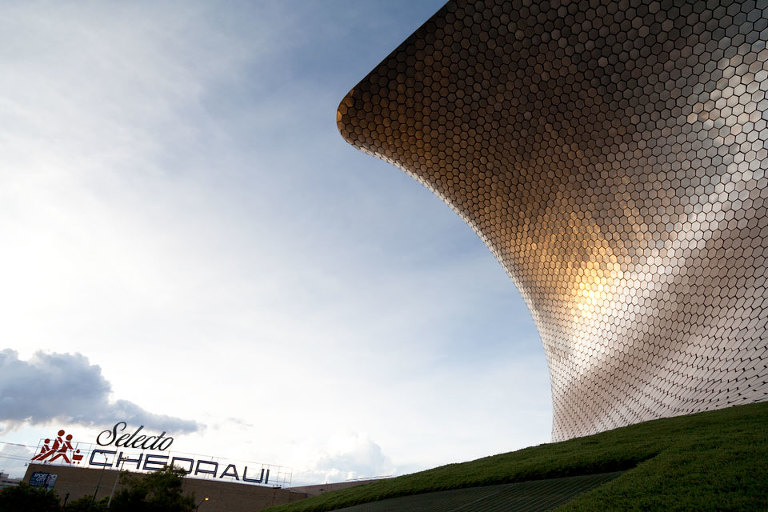